This grand bear could not be properly weighed due to it’s enormous size; however a weight of 600lbs plus was estimated by experienced guides and the 6 men who nearly broke their backs trying to move it. 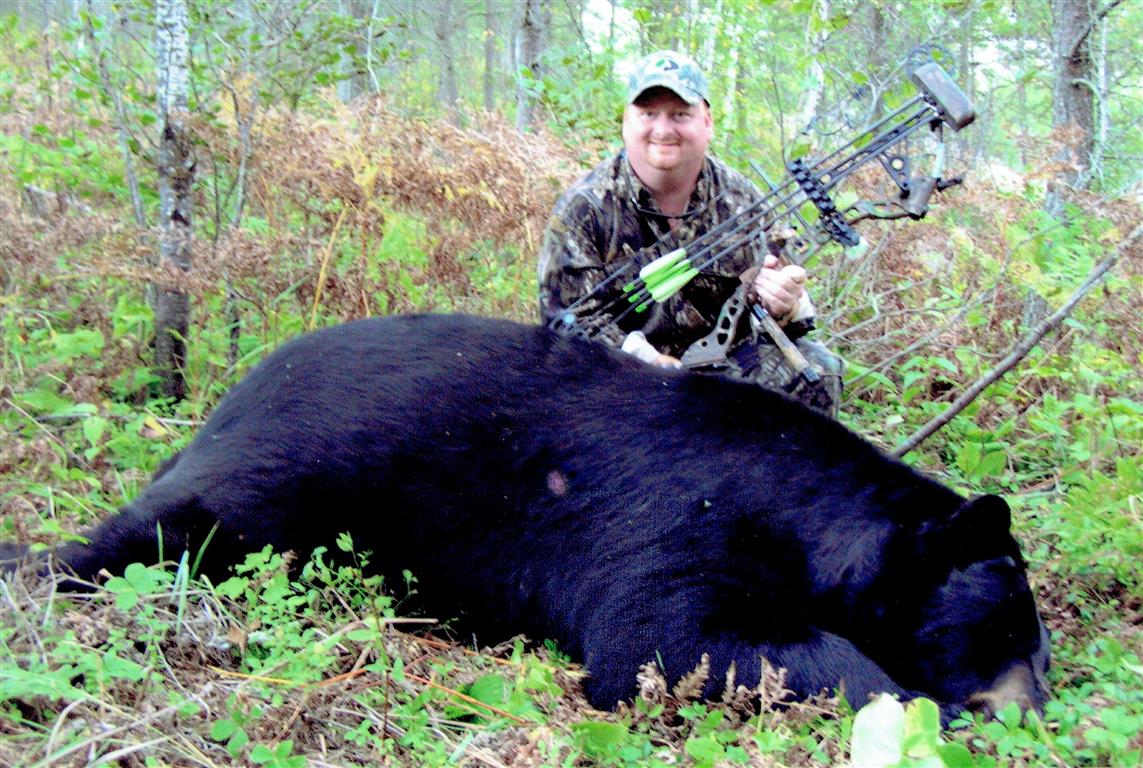 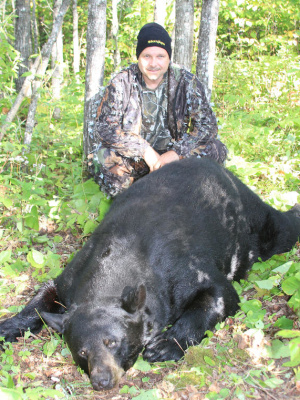 We offer the best black bear hunts in the Minaki area. We control over 300 square miles of prime black bear hunting country with over 50 baited tree stands, accessible by road, water or ATV.

Our success rate the last 10 years has been over 80%. To ensure a high success rate, we book only a maximum of 4 to 6 hunters per week, both bow and rifle hunters.  The fall bear hunt is a 4-week period from August 15 to September 15.

Baiting tree stands starts at least four weeks before the first hunters arrive, and re-baiting is done when necessary to maintain active stands for bear hunting. 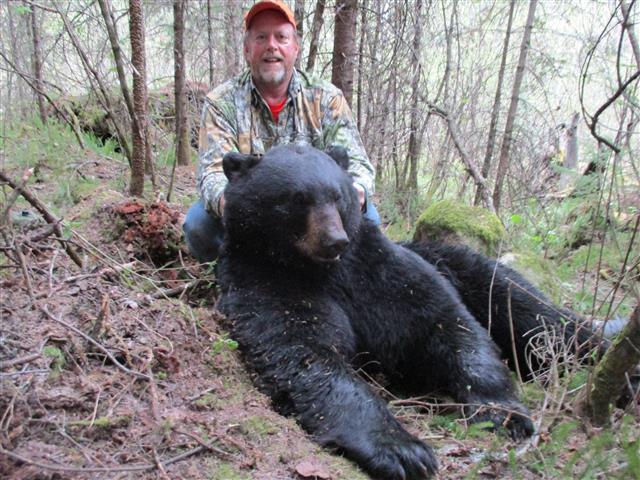 HOW BLACK BEAR HUNTS ARE CONDUCTED

Since black bears are more active in the late afternoon until dark, we like to have the hunters on the stand by 4:00 p.m. You will be picked up shortly after sunset. An early supper is served shortly before the afternoon hunt. You have all day to fish or just relax, although some hunters like to hunt the logging roads during the day. Because of the large number of stands and the few number of hunters, we are able to move hunters on a daily basis in order to give you the best opportunity of taking a large bear.

We will provide references upon request. This is a full service hunt guided by experienced guides.

This is a Self-Guided, pre-baited remote bear hunt at Long Lake and Roger Lake outposts. Your party will be the only hunters on the lake. Many large bears are seen by our fishing clients and pilots every year.

You will hunt in an area at Roger Lake that has not been hunted for over 15 years. We started bear hunting in Long Lake in 2015, where 2 of 3 hunters killed a bear. Because of the remoteness of this area, the chance of taking a trophy is very high.